Pediatricians are those who should guide parents through the process of healthy growth of their children as they are trained to diagnose and treat a wide range of childhood diseases, while parents should not even think of giving medicine to their children without consulting their children’s doctors.

An incident where a newborn baby girl lost her life because her father gave her an anesthetic without consulting a pediatrician happened in 2019 and now the father is charged with murder regarding the incident.

According to charging documents, police officers were dispatched to an apartment building in Seattle after an adult man reported to 911 that he had been attacked. Upon arrival, the victim told officers he had been attacked in front of his building by his neighbor, who was holding his crying baby at the time of the assault.

The attacker was not at the scene when officers arrived and they went to look for him in his condo, but he did not open the door. Meanwhile, responding officers contacted his wife, who was at work at the time and explained the incident to her. The woman arrived home shortly after and opened the door of the condo for the officers.

When authorities entered the condo, they found the 2-month-old baby face down on a bed and not breathing. Officers immediately took her outside to be treated by medics and she was transported to hospital for treatment where she died later that night.

An autopsy that was performed on the body showed the newborn baby died from acute ketamine intoxication, but because the source of the drug was unknown at the time, her manner of death was ruled undetermined.

Medical personnel, in some cases, use ketamine to alleviate extreme pain in patients.

Authorities conducted an investigation into the death of the baby and determined that no medical personnel administered ketamine to the victim, so the medical examiner changed the manner of death to homicide.

Officials said that on the night of the baby’s death, McCraw had “exclusive control of the child” while her mother was at work and “the child was given ketamine during this time period,” the Seattle Times reported.

McCraw was arrested earlier this month and booked into jail on a $1 million bond. He is being held on charges of second-degree murder and first-degree manslaughter.

While she was in the process of getting a stay-away order from him, man shoots ex-girlfriend three times to death in front of her minor children

Single mother left her five children aged 2-9 years home alone overnight to meet her partner, they all died in house fire while she was out, charged 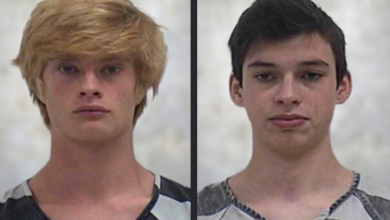 North Charleston authorities looking forward for better communication with the local community in order to make the area safer place for everyone
September 27, 2021

Road rage incident ends up with one dead
February 13, 2021

Road rage incident ends up with one dead

Biden’s vaccine requirement to end up as another fiasco, no increase in number of new vaccinations since his announcement two weeks ago
September 21, 2021