South Carolina – Many health experts were warning that with the pandemic in place, other health problems were expected to rise.

Now those claims ended up to be reality as almost all states are seeing increasing number of anxiety and depression cases since the start of the pandemic, with South Carolina experiencing one of the biggest increases in such cases.

The data was provided by the U.S. Census Bureau as they are conducting surveys every two weeks in an effort to find out how the pandemic is affecting Americans.

The survey asked people how often they experienced symptoms of anxiety and depression, ranging from a score of 0, for not at all, to a 3, meaning nearly every day they had those symptoms.

What results show is that fluctuations in South Carolinians’ mental health have mirrored the state’s COVID trends.

What comes as an alarming fact is the thing that these numbers are on the rise in the recent period compared to last year.

According to the data provided, last year the state of South Carolina had a spike in such cases in the summer months, but the trend seemed to lower and stabilize in mid-August to mid-September and the state’s mental health scores of 1.75 for anxiety and 1.44 for depression were lower than the national averages.

As cases surged last winter to their highest at that point in the pandemic, South Carolinians reported they were experiencing symptoms of anxiety and depression more often, as scores rose to 2.23 for anxiety and 1.83 for depression, both of which were still below the national averages.

It seems that the number of Covid-19 cases directly affects the number of anxiety and depression cases. That said, in the early summer months this year when the number of cases was low and the Covid-19 situation was stable, from mid-May to early June, South Carolina scored 1.72 for anxiety to 1.50 to depression.

Both of these rates were among the national average at the time.

With the Delta wave in place, health experts believe that the number of anxiety and depression cases will increase again, but the results of the recent surveys will be available in the upcoming period. 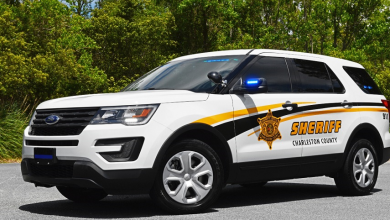 Officials ask for public help in search of a missing elderly woman who may be endangered
March 21, 2021

Doctors are in shock as they found huge number of Covid-19 antibodies in unvaccinated toddler who never contracted the virus
October 14, 2021