‘Very intelligent’, this is how the community classified this black man who allegedly masked himself as a white man, using fake hair and glasses responsible for at least 30 home burglaries over the past year. The police had hard time to identify this sneaky theft even though they collected several surveillance videos.

Since last April, the man later identified as 30-year-old Rockim Prowell, allegedly performed over 30 home burglaries in the area of Los Angeles wearing his white-man-alike mask.

During this period, police collected numerous surveillance videos and released them publicly asking the community for help in identifying and locating the suspect. But nothing really led to the suspect. Then police found something suspicious, suspect’s mouth was always open.

‘It was odd this burglar’s mouth was always open when seen on video surveillance,’ LAPD Pacific wrote on Twitter, which has since been deleted. ‘When he was caught breaking into another home we discovered why.’

The police finally arrested him on May 2nd in Berly Hills area, after more than a year since his first reported home burglary.

Police also said that license plates attached to Prowell’s vehicle were also stolen. When they arrested the suspect, they found his full equipment, as well as other items that connected him to Beverly Hills break-ins last July and on April 20, where he stole flat screen TVs, Beverly Hills police said.

Police learned that he owns a house in Inglewood, California and they conducted a search warrant. When they checked the house, officer found dozens of stolen things that connect Prowell to multiple home break-ins in wealthy California areas.

He’s currently out on bail but could face more charges.

Man offered Black teenage girl ride to the store before he killed her and dumped the body in a dirt driveway, gets life behind bars 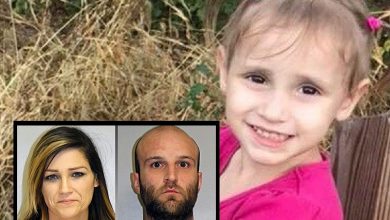 Mother, boyfriend will spend decades in prison for overdosing little girl after intentionally giving her drugs to keep her calm so they could shoot up meth

Columbia state fair returns to in-person fair, the fair opens Wednesday and will run until October 24