More than 20 new deaths were reported on Tuesday alone. Another 303 deaths in total are being investigated by the S.C. Department of Health and Environmental Control.

In addition, the state is close to recording 200,000 confirmed cases of the virus.

A high percentage of daily tests are returning positive results for COVID-19, indicating community transmission of the virus remains widespread. Out of the 10,407 tests conducted for Tuesday’s report, 13.2 percent came back positive.

The virus continues to be active in the state’s long-term care facilities. While they represent about 6 percent of confirmed cases, the facilities have had nearly four in 10 of South Carolina’s deaths.

There have been 11,566 confirmed coronavirus cases in nursing homes and assisted-living facilities: 7,459 residents and 4,107 staff workers, according to DHEC data.

So far, 1,554 residents have died from the virus, a mortality rate of 21 percent. Twenty-six workers also have died. Together, they account for 39 percent of deaths in the state, the data released Tuesday shows.

Of the 685 facilities DHEC monitored, the virus has been found in 414. There are active outbreaks at 136 of them.

New cases reported: 1,374, which is 770 percent higher than the 158 tallied on March 31, the day Gov. Henry McMaster ordered nonessential businesses to close.

Two adults and a baby found unresponsive in a vehicle in Anderson, one person pronounced dead

BMW to invest $100 million in South Carolina in new building, logistic center just next to their existing factory in Greer 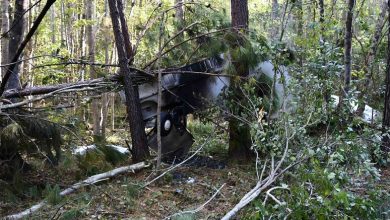 The plane that crashed last month is South Carolina hit a pine tree before crashing through a forested area, initial investigation shows

The body of the missing boater on the North Santee River found dead Tuesday afternoon
June 30, 2021

South Carolina man who was found guilty for murdering his five children in 2014 to appeal his death sentence
November 9, 2021