Finding a reliable partner can sometimes be a hard task especially for women who already have children. This was once again proven in this case where a man shot his girlfriend, mother of five, to death following an argument outside her home while the children were inside waiting for her to come back.

The fatal incident took place last weekend on Saturday, when the victim, identified as the 35-year-old T. Webb, was shot to death by her boyfriend following an argument who escalated at some point and ended up fatal for her.

The suspect was identified by police as the 42-year-old S. Tyler who fled the scene and tried to escape the authorities in an effort to avoid the arrest. However, officers were able to locate him shortly after the incident and arrest him.

The police report indicates that Tyler shot the Webb in front of her home in New Jersey and immediately fled the scene. According to police, he fled the state and was located in Pennsylvania where he finally surrendered to police and was arrested.

As soon as he was arrested, Tyler was held in local Pennsylvania pending an extradition hearing. He is facing multiple charges including first degree murder and charge of possession of a handgun for an unlawful purpose.

Deputies were dispatched at the scene where the shooting took place following a 911 call in regards to a woman being shot. When they arrived at the scene, they found Webb suffering at least one apparent gunshot wound. Despite the EMS efforts to save her life, she died.

Police didn’t reveal the motive for the shooting immediately. The case is under investigation and more official details are expected in the upcoming days, they confirmed.

However, witnesses who were close to the scene where the couple had the argument said that the Webb and Tyler were arguing loudly and at one point Tyler took his gun out and shot the victim in the chest. Police didn’t release additional details about how many shots were fired and where the woman was shot.

Webb’s mother said that her daughter and Tyler were seeing for a couple of months. According to her, Tyler was not the father to any of the Webb’s children who were inside her home at the time of the shooting. Luckily, none of them saw the fatal incident. 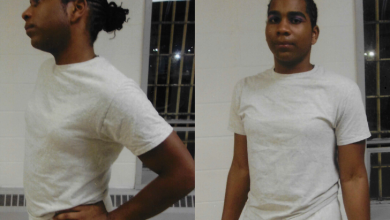 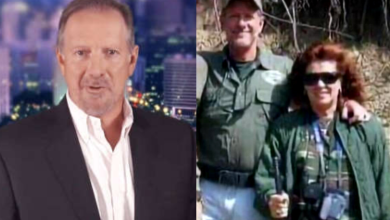 “If you’re recording me, I don’t care because I’m tired of it,” Teacher caught on video using the N-word twice and calling students morons during class
March 29, 2022

“If you’re recording me, I don’t care because I’m tired of it,” Teacher caught on video using the N-word twice and calling students morons during class

Man shoots pregnant girlfriend in the back at a family party, kills her and the unborn baby in front of a crowd including several small children
July 25, 2021

Man shoots pregnant girlfriend in the back at a family party, kills her and the unborn baby in front of a crowd including several small children