Teachers take major part in the development process of our children and they are required to be as neutral as possible while at schools. Discussions about political views and other sensitive topics should be left out of school in an effort to keep schools safe and secure environment for students.

A middle school teacher last week resigned from her position after a video appeared online where she is heard saying that ‘conservative Christians need to get COVID and die’ while she was talking in the school hallway with two other women arguing the Covid-19 vaccination process since the very beginning.

Once the video appeared online on the Canadian video platform Rumble, the parents, and later the school district, identified the teacher as Lisa Grimes. When the school learned about the video, Grimes, who taught eighth grade discoveries and English language arts, was placed on administrative leave, but the very next day she resigned from her position.

The incident reportedly happened at the beginning of last week at the CMS in Texas. From what is seen in the video, the teacher was talking with two other women in a hallway about vaccines and her frustration with how they’ve become political. The teacher argues the whole Covid-19 vaccination process blaming the officials for giving out the corona vaccines the same was as the flu vaccines. Grimes is heard saying that if the vaccines were given out immediately, the virus would be gone.

“We have a political system that will not allow us to [inaudible] so we’re vaccinating like the flu … which is, you know … get the flu vaccine if you want but you can’t — don’t ‘tread on me.’ [crosstalk] But it’s too late. It would have had to have been immediate. If we would have done it immediately, it’d already be gone,” Grimes said.

The video, later re-published on Youtube, attracted a lot of online attention and many people commented below expressing their views about the incident. “Wow. What a wicked thing to wish on more than half the country. She has no business teaching children. She needs to find a different job working with her own kind – snakes,” one user commented.

The parents of the CMS students, understandably, became very upset which forced the school district to write a letter to them explaining that Grimes’ statements don’t reflect the views of the school district or the school. In addition to the letter, the school board president issued a statement rejecting teacher’s statements and said the board supported the school’s decision to place Grimes on administrative leave last Wednesday.

Grimes didn’t wait long and she resigned the very next day, on Thursday. The information was confirmed by the school district noting that ‘the Colleyville Middle School teacher whose words were captured in a widely circulated online video has resigned and will not be returning to the classroom.’ Meanwhile, the school was working to ensure that her students experience as little disruption in their learning as possible. 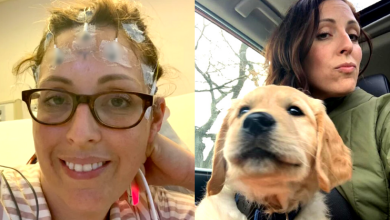 Structure fire in West Ashely on Friday, no injuries reported

“I would still rather be sick than get a shot,” Covid-19 hospitalized man tells reporters while getting supplemental oxygen
July 24, 2021

“I would still rather be sick than get a shot,” Covid-19 hospitalized man tells reporters while getting supplemental oxygen

Husband accused of killing his wife with dementia after he gave her lethal dose of cocaine until she died, released from prison
October 5, 2021

Husband accused of killing his wife with dementia after he gave her lethal dose of cocaine until she died, released from prison