Single parents should be very careful in finding their next partner in order to make the right choice to avoid unwanted situation between their new partners and their children. But in today’s case, a woman definitely made the wrong choice with her boyfriend because he was sentenced to life in prison for killing her 2-year-old son.

According to the court records, the 30-year-old W. Looper will spend the rest of his life behind bars after he pleaded guilty on multiple charges and was sentenced last week. Looper pleaded guilty to murder, first-degree criminal sexual conduct with a minor and two counts of unlawful neglect of a child in exchange for removing the death penalty as an option.

Last Thursday, he was sentenced to life in prison with no parole for the murder charge, for the criminal sexual conduct charge Looper received a 60-year prison sentence and he received a 10-year sentence for each unlawful neglect charge. All sentences will run concurrently, officials said.

According to the police report, authorities were dispatched at the family’s home in South Carolina in June 2018 following a 911 call in regards to an unresponsive child. When deputies arrived at the scene, they found the 2-year-old Brantley’s dead body with the boy’s dog that was allegedly lying beside him as a means of protection.

From what was stated in the incident report, the boy had “visible bruising across much of his body.” When authorities arrived at the scene, Brantley’s mother, identified as J. Smith, told them that Looper hit the boy hard and the boy was left unconscious. The EMS crews tried to resuscitate Brantley, but it was already too late, the boy had passed away even before their arrival at the scene. He was pronounced dead at the scene.

Few days after the incident, KRON4 reported that the boy had been “brutally beaten” with injuries all over his body and showed signs of being “brutally sexually molested” prior to his death.

The suspect was taken into custody and admitted everything to the authorities when questioned. According to his statement, he was abusing and beating the child repeatedly for two weeks and he also admitted he sexually assaulted Brantley using a sex toy “with the intention of further hurting the victim.” When asked why, Looper said to the officers “I don’t know why.”

Brantley’s mother was also arrested and charged with homicide by child abuse and two counts of unlawful neglect of a child and her case remains ongoing. Authorities arrested and charged her because they learned that she knew about the abuse, but did nothing to help her little boy.

Brantley’s 6-year-old and 8-year-old brothers were living with the family too. Luckily, they were uninjured and they were taken into custody following their mother and her boyfriend’s arrests. They reportedly told investigators that Looper punched Brantley and swung him by his feet against the wall. The night Brantley was killed, the brothers allegedly heard his screams.

At one point of the investigation, Looper told the detectives that he and his brothers were also abused and beaten by their father in the past.

As team Biden duo reached their lowest ever rating, Republicans are seeing the widest midterm margin in 40 years, poll

“Every mother’s worst nightmare,” Woman shot mother of two and kidnapped her 6-week-old boys right after the shooting, denied bond 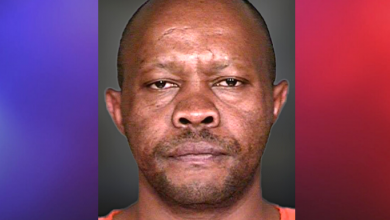 Crash in Aiken County, one teenager dies, two others injured

Pfizer announced that they will seek authorization for use of the vaccine for younger children, MUSC doctors and parents say it’s good decision in battling the virus
September 21, 2021

Pfizer announced that they will seek authorization for use of the vaccine for younger children, MUSC doctors and parents say it’s good decision in battling the virus