While almost every single person in United States is combating racism in every type and form nowadays, unfortunately, there are some people that are still ‘poisoned’ with racism and everything that comes with it.

What makes things much more difficult when it comes to fighting racism, is the fact that there still are situations where young people, children and teenagers, are being involved in racist incidents like the one we are reporting today.

According to NBC News who brought the case to the light of day recently, the Minnesota school system is facing a lawsuit from a group of parents claiming that their Black children were physically and mentally abused from White students and school staff while they were at school.

In the lawsuit against the Minnesota school system, the parents claim that their children faced racist bullying and discrimination from students and at least one teacher, including racist slurs and physical attacks. One teacher allegedly cut off a student’s dreadlock and threw it in the trash, the parents say.

The suit was filed in 2019 and the parents claim that the incidents took place in the period between 2017-2019. They are now seeking not just monetary compensation, but also systemic changes how the Duluth Edison Charter Schools treats these kinds of problems within the schools.

The attorney that represents the four parents claims that there are numerous other situations very similar to the ones that experienced the children of the parents she represents, but for some reason they didn’t want to be included in the lawsuit against the school system. She added that parents exhausted all the opportunities they had to solve the issue by themselves.

Since the school’s Raleigh and North Star Academy campuses and school officials refused to address the racism at the campuses and DECS attorney requested to have the suit dismissed few weeks ago, at least two dozen nonprofit advocacy groups joined to file an amicus brief in support of the children and the lawsuit.

According to the DECS attorney, his office decided to request the case dismissal because “the facts gathered demonstrate that there is neither a factual nor legal basis to support the claims asserted against my client.”

The parents of the Black children, the victims in the case, claim that their children suffered serious consequences following the series of unfortunate, brutal events. They added that some of the children will need years until the fully recover from what they experienced in the school.

“Negro” and “monkey” are the words that White students used as a light insult for their fellow Black students if we take into consideration that they also called them the “N-word” while they were constantly bitten, kicked, punched and spat on a daily basis.

As these four parents claim, they asked to talk with the principal of the school and with other school officials in discussing and finding a solution for the problem, but they were avoiding them failing to “take any meaningful action.” This is also stated in the lawsuit.

As expected, school officials denied everything and refused to comment on any specific allegations claiming that their school system “strongly denies any allegation of discriminatory conduct and has vigorously defended itself against these false allegations.” 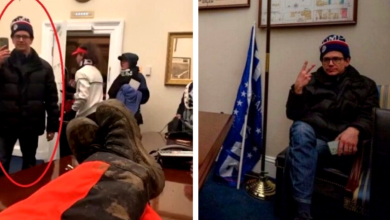