It looks like the Delta variant is again disrupting the job market’s recovery since the officials reported this has been the second week straight with an increase in jobless claims since the record pandemic low recorder few weeks ago.

According to the latest data, the total number of jobless claims reached 351,000, which is an increase of 16,000 from last week.

The peak of the jobless claims during the pandemic was 900,000 earlier this year. Since then, the jobless claims were decreasing as a result of multiple factors including opening of the economy, high vaccination rates and economy recovery.

Still, jobless claims remain somewhat elevated: Before the COVID-19 pandemic tore through the economy in March 2020, they generally numbered about 220,000 a week.

The biggest issue that led to high number of jobless claims were the quarantines and the uncertainty how the pandemic will continue in the future. However, the situation drastically changed in March and April this year when employers have rapidly increased their hiring that at the beginning of the summer resulted with workers shortage.

Some states are still facing issues with staffing shortage where local businesses are struggling to find workers forcing them to lower their operations while some closed completely.

Since spring months, the economy has recovered about 17 million jobs as the rollout of vaccines encouraged businesses to open and expand hours and Americans to go back out to shop, travel and dine out.

Just when everyone thought that we are close finally ending the pandemic and returning to normal during the summer, the Delta wave took off and disrupted the market’s recovery. According to the latest data, the country averaged 585,000 jobs a month this year, slowing down to just 235,000 in August at the peak of the Delta wave.

Overall, 2.8 million Americans were receiving unemployment benefits during the week of Sept. 11, up by 131,000 from the week before. 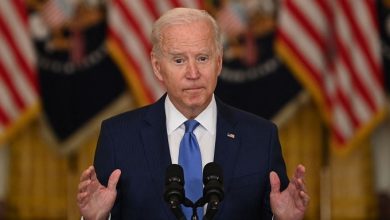 South Carolina gas prices go up once again, this trend is expected in the upcoming period too
March 1, 2021

South Carolina gas prices go up once again, this trend is expected in the upcoming period too

Virginia mother couldn’t believe her eyes of a police officer playing with two little girls, but the reason for that is unbelievable
December 21, 2020

Virginia mother couldn’t believe her eyes of a police officer playing with two little girls, but the reason for that is unbelievable

Gas prices for upcoming Memorial Day Weekend highest since 2014, AAA with tips for drivers
May 27, 2021